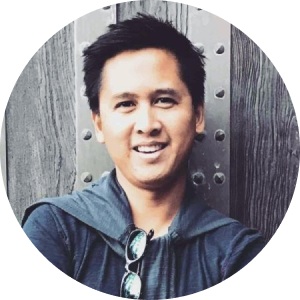 He previously spent 18 years at P&G, with roles as a Brand Manager, Sourcing Manager, and HR Manager. “It taught me a great deal about leading with a vision, creating purpose, & building talented teams.""​ Marvin led P&G’s PŪR new business development as he launched several multi-million dollar products. He then took roles in P&G’s Global Sourcing managing corporate deals and due diligence for several industries including: Capital, Chemicals, Innovation, & Consulting services. “Nothing could have prepared me to run a business any better. I learned so much about brand building & sourcing deals.”

Marvin’s greatest passion is developing people. Throughout his career, he served as a corporate trainer within P&G’s Leadership Academy, teaching leaders the art of strategy, branding, & effective communication. ""I'm the son of two Asian immigrants who struggled with English. So, I grew up helping them get their voices heard. That's where I found my mission to help others find their voice too.""​

He was also a P&G Clay Street design thinker. Now, Marvin loves guiding entrepreneurs who are eager to gain traction. “Every team faces obstacles & sometimes a guide can help them along their way. I think startups are on an epic journey looking to change the world for the better.”