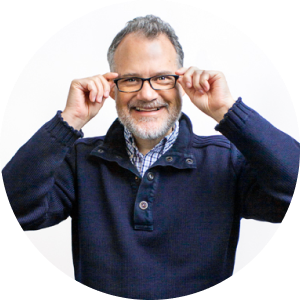 "Devin was the 2020 Democratic nominee for Utah’s 3 rd Congressional District, focusing on
public health, climate change, poverty and social justice.
A bestselling author and new-media journalist, he calls himself a champion of social good. As a
Forbes contributor, with over 500 bylines and two million unique readers, he became a
recognized name in international development circles.
His Your Mark on the World YouTube show and podcast, featuring over 1,200 luminary
changemakers—including Bill Gates—gives him a recognizable face as well. He frequently
focused episodes of the show on reversing climate change, eradicating extreme poverty and
improving global health. The intersection of these issues represents the nexus of his work in
international development.
As an author, Devin has focused on helping others use money for good, writing about optimizing
personal finances to allow for public service, crowdfunding for nonprofits and corporate social
responsibility. His writing for Forbes generally looked at addressing problems through social
entrepreneurship and impact investing.
He has helped nonprofits raise millions of dollars via crowdfunding. He twice hosted a 24-hour
livestream via YouTube on #GivingTuesday, featuring dozens of interviews with nonprofit
leaders.
Having lived on three continents and visited over 40 countries on six continents, Devin brings a
global, hands-on perspective to his work. He has been invited to speak to international
audiences—including twice at the United Nations.
Prior to launching his second career focused on sustainability, Devin had a successful 25-year
career in finance where he served as the CFO of the third largest company on the 2009 Inc. 500
list. He also founded and led a FINRA-registered investment bank and as the treasurer of a
publicly traded company doing business on five continents. He previously launched and led a
residential mortgage company. He earned an MBA from Cornell University after completing a
degree in finance at the University of Utah.
Today, Devin is a Rotary Club president, serves on several nonprofit boards and, volunteers
whenever and wherever he can, with the loving support of his wife, Gail. Their son, Dayton,
works in San Francisco as a data scientist."